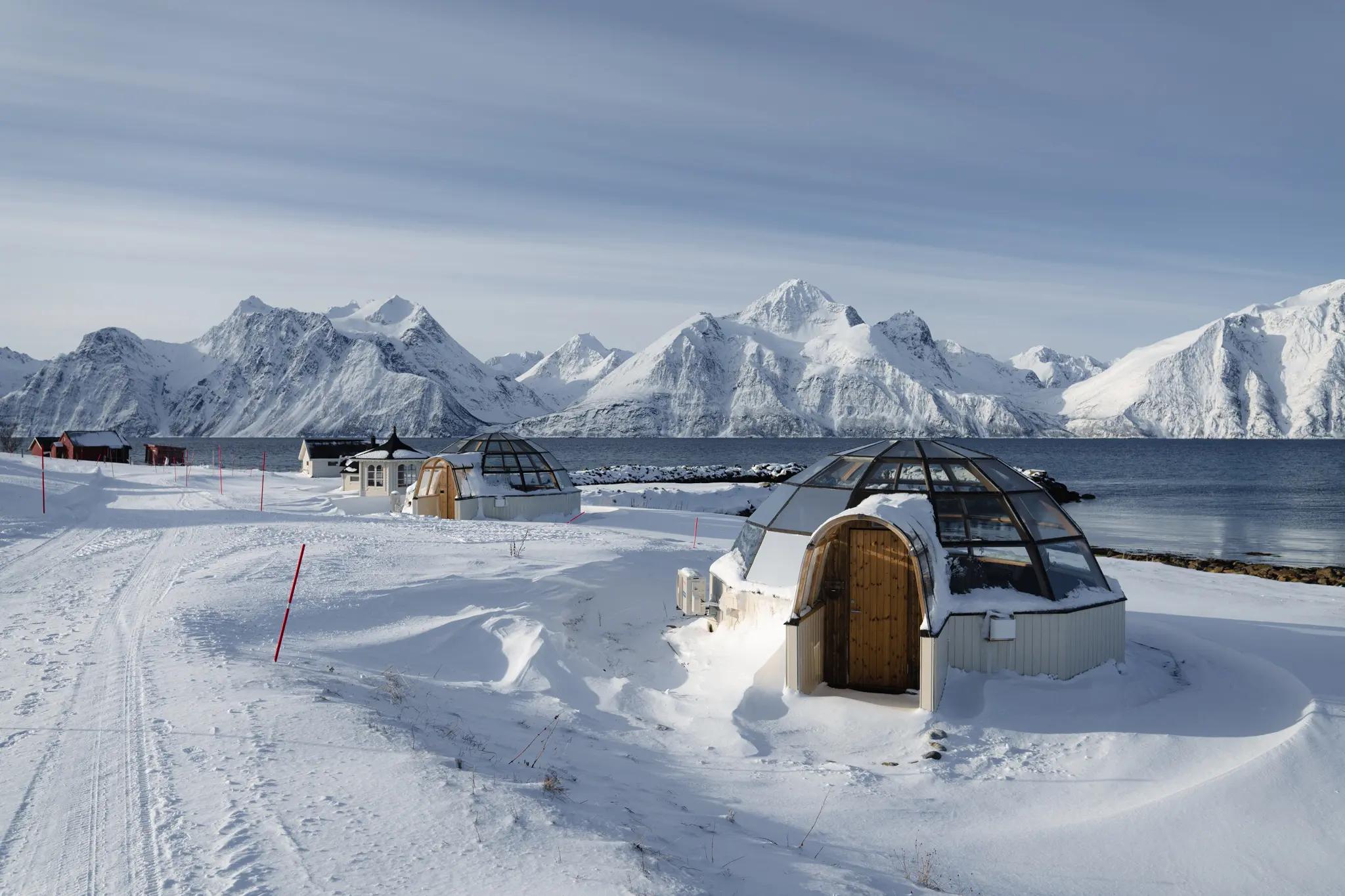 Have you ever dreamed about staying in a Glass Igloo while the northern lights are dancing all around?

Lyngen North is a glass igloo hotel located by the Lyngenfjord, outside of Tromsø in Northern Norway. It is small-scale and consisting of only five glass igloos and two houses. The hotel aims to be the ultimate place for people seeking a secluded, but comfortable stay far beyond the arctic circle.

Chose between staying in a 180º or 360º Glass Igloo. The number of degrees indicates the glass windows surface of the igloos. 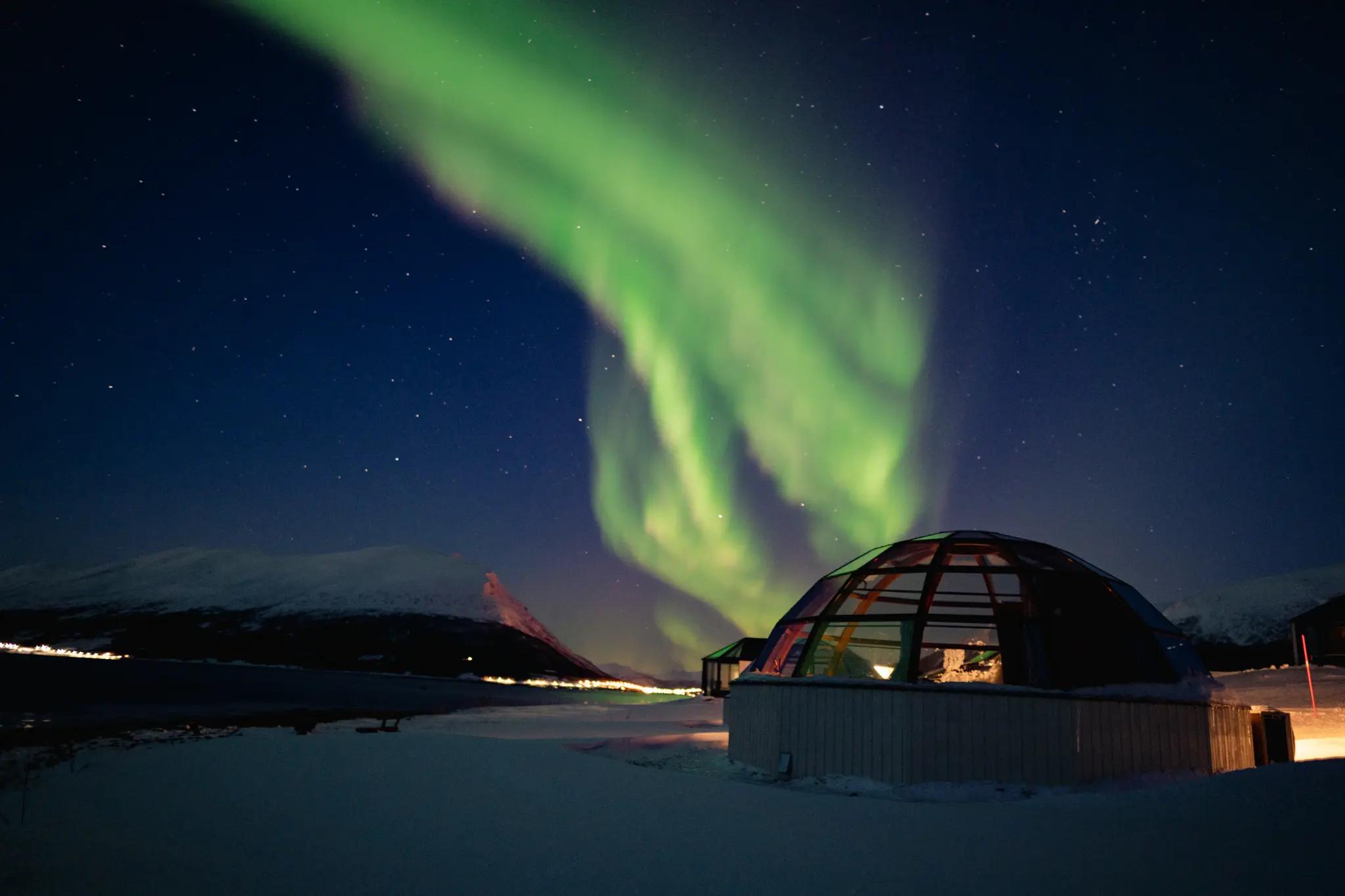 In both types of igloos, you will have uninterrupted views towards the Lyngen Alps and fjord

During the northern lights season from September to April you can experience the aurora borealis from the comfort of your bed. The 360º igloos have a queen-size double bed while the 180º glass igloo has a super-king size double bed.

All igloos are built to keep you warm even on the coldest of stormy winter nights and have ensuite bathrooms with shower and WC.

The igloos are installed with heat pumps and floor heating to ensure you have a warm and comfortable stay. The 180 Glass Igloos have three-layered insulated glass and walls built with the same standard in insulation as a Norwegian residential home.

Glass igloos by the Lyngenfjord in the Tromsø region 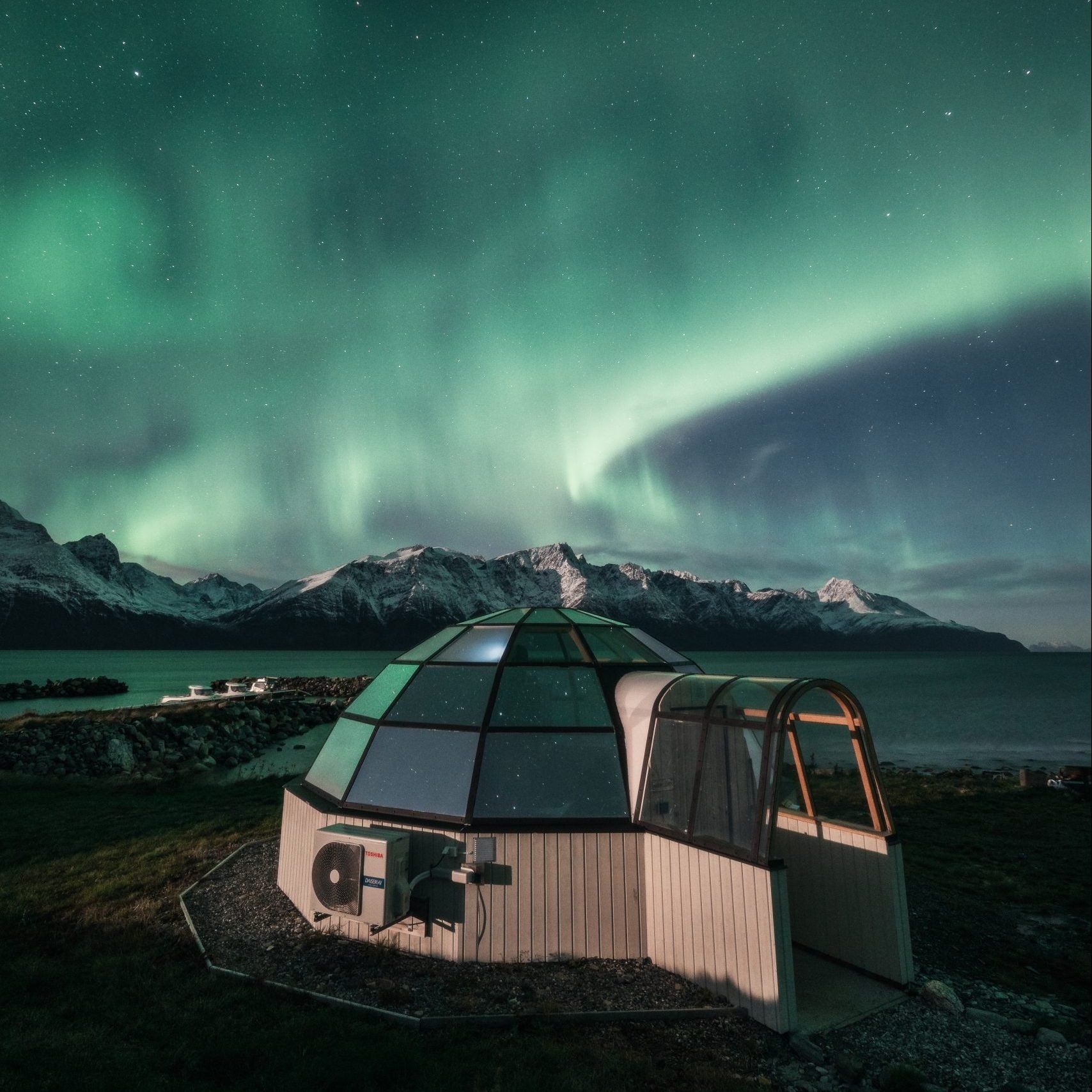 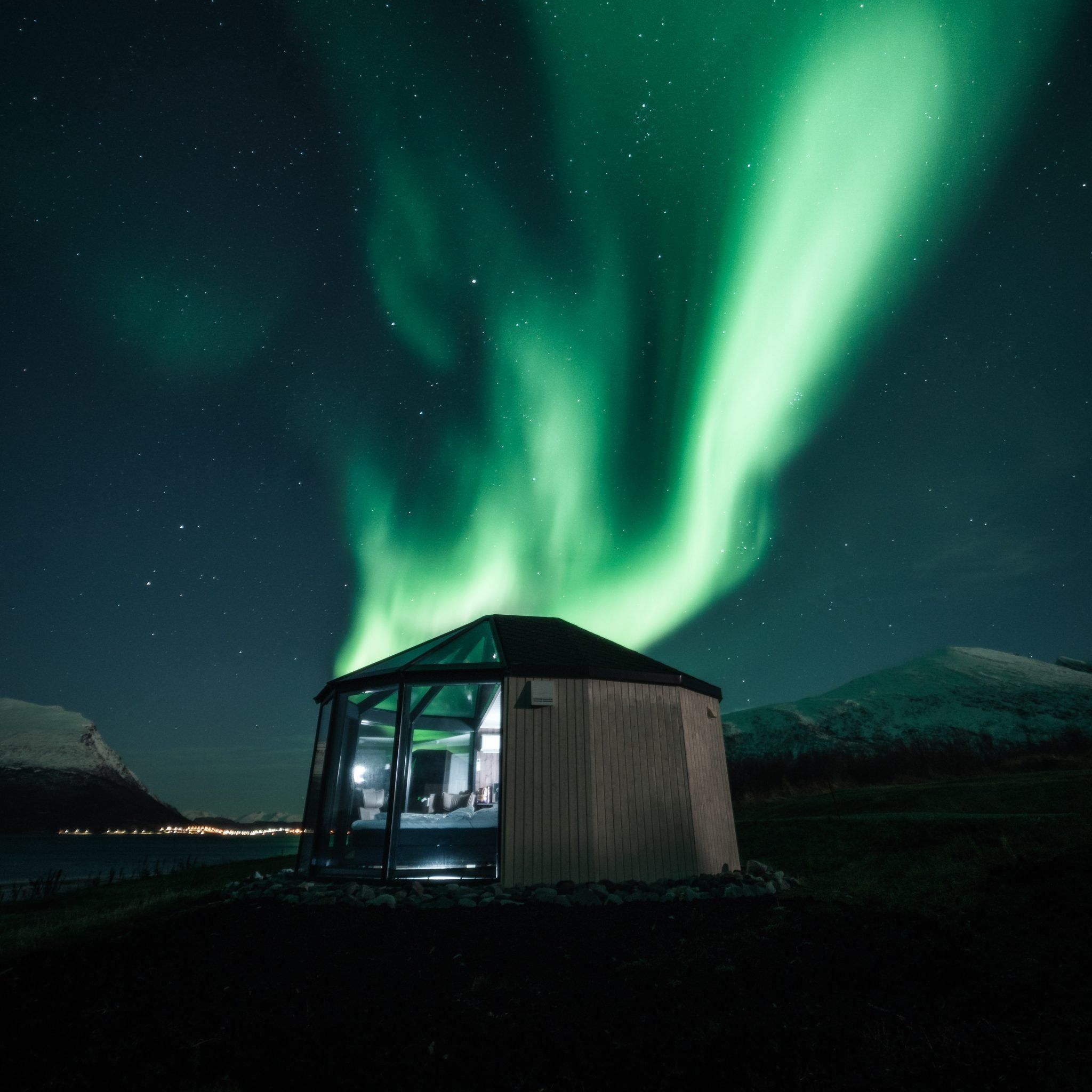